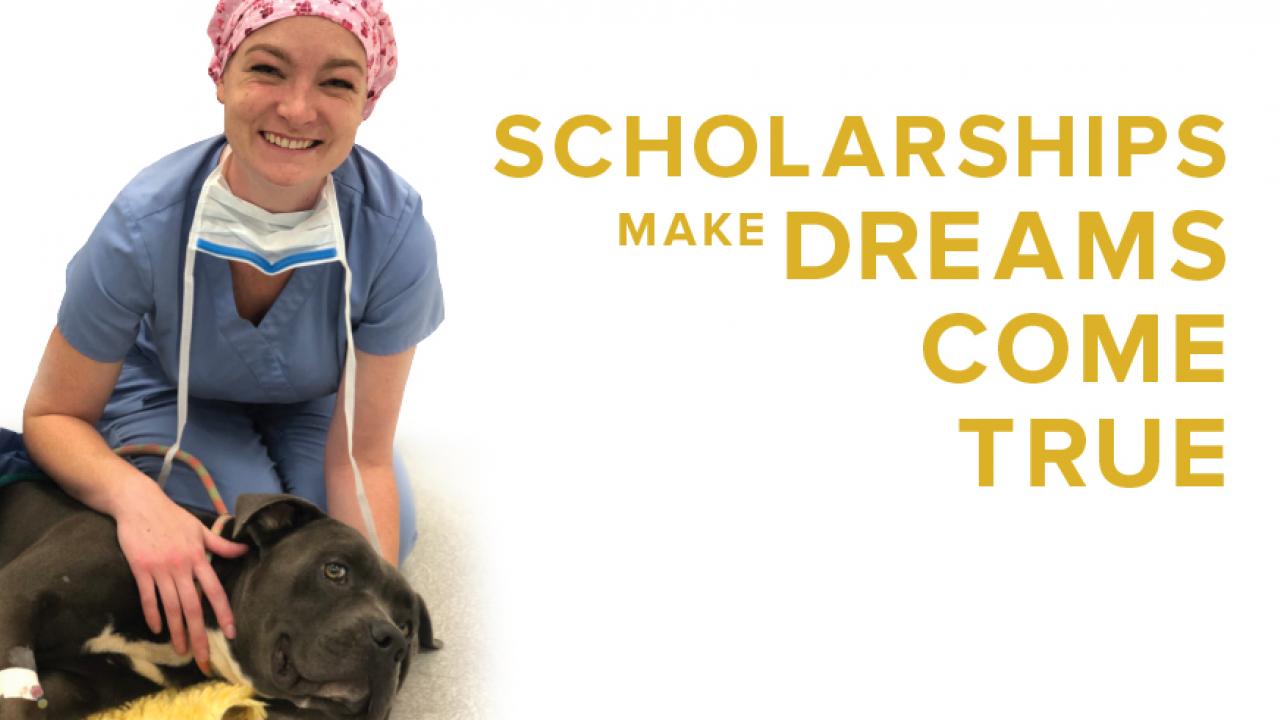 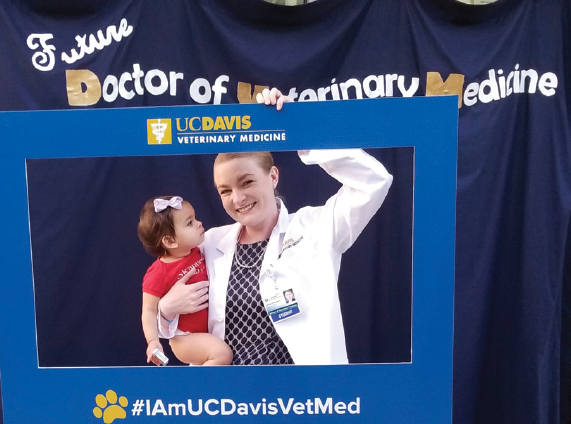 In her first career as director of admissions for a graduate school in San Diego, Anne C.*, Class of 2021, counseled students on how to achieve their career dreams. But she realized that she wasn’t following her own advice.

“I had a lot of fear about going into veterinary school to pursue my lifelong goal,” said Anne, who was an ‘older’ student with the challenges of a medical condition, as well as being a parent. “But the encouragement from my husband and the financial support from the school have helped me realize that dream.”

Anne received the Scott A. Sloan Award, created in honor of the first deaf veterinary student to attend UC Davis.

“While I don’t have the challenges of being deaf, as Scott did, I’ve had to contend with other obstacles most students don’t have to face,” she said. “In reading more about Scott and learning how he overcame immense challenges, I felt so privileged to be presented with this award.” she said.

“My goal is to one day establish a scholarship for other student parents,” she said. “The support I’ve received from the school has meant the world to me.”

She also received the James Clark Communications Scholarship this year. During the client communication labs in her first three years, Anne set a goal for herself that she would pursue this scholarship.

“It’s critical to communicate well with our clients in order to do the best by our patients,” she said. “When I was notified about this award, I was ecstatic, becasuse I had worked so hard for it.”

Thanks to philanthropic support from generous donors, UC Davis veterinary students like Anne received approximately $2.7 million in scholarship funds in the past academic year. In addition, the school provides funds for 4th-year externships and other educational activities. In total, UC Davis provides approximately $7 million annually in financial assistance to its approximately 560 DVM students.

That degree of student support allows the school to decrease the debt load of its students. Earlier this year, the American Veterinary Medical Association (AVMA) released the 2019 Economic State of the Veterinary Profession Report. The guide includes data on veterinary schools, including information regarding the debt loads of recent DVM graduates.

UC Davis showed the third-least median debt of the 30 veterinary schools reviewed and placed second for the most optimal debt-to-income ratio. UC Davis students also have the highest median starting salary of graduates, giving them better ability to pay down their educational loans.

UC Davis uses a combination of return-to-aid and philanthropy to keep costs low for its veterinary students. Most students at minimum receive return-to-aid fee grants of approximately $7,000 per year plus $500 in a one-time computer technology grant which equates to approximately $28,500 over the course of four years. Annual resident tuition and fees are $32,102 – so the school covers almost one year with return-to-aid alone – without considering any donor-funded scholarships.

UC Davis is committed to keep veterinary school affordable, which provides benefits to society. Graduates with lower debt have greater flexibility to:

Anne also said that being the recipient of scholarships has inspired her to give back in the future.

*Student’s last name has been withheld on request.

Building the Future of Veterinary Care